Op-Ed: South Africa is failing the rights of children to education and health 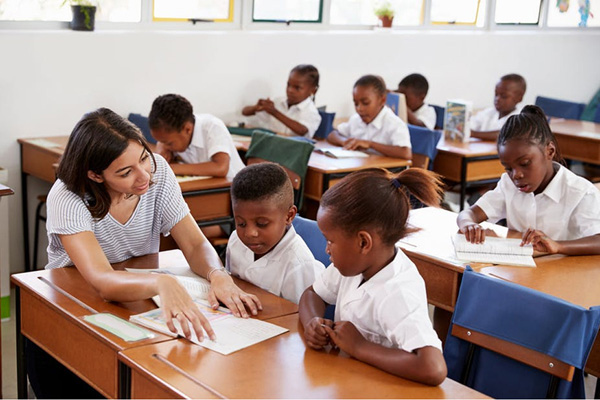 Is South Africa regularly denying children their right to access education as well as health care on the grounds either of petty bureaucracy or by a misinterpretation of the country’s laws and international obligations?

The answer is yes.

The country places limitations on children’s access to education and affordable health care. This is particularly true of migrant children. These limitations are, in my view, unconstitutional and in violation of South Africa’s international obligations. For example, South Africa is bound by the International Covenant on Economic, Social and Cultural Rights. In the interpretation of this convention, the United Nations Committee on Economic Social and Cultural Rights has emphasised that:

all children within a state, including those with an undocumented status, have a right to receive education and access to adequate food and affordable health care.

However, South Africa isn’t living up to this promise.

What’s clear is that South Africa’s current school admission policy has a serious effect on the access to basic education of both children who are South African citizens and those who are foreign nationals or stateless.

The challenges for those who are not South African citizens and don’t have the required permits are compounded by section 39 of the Immigration Act 13 of 2002. This states that a “learning institution” may not provide “training or instruction” to an “illegal foreigner”. Principals of schools that enrol a child who is an “illegal foreigner” can be charged and may face penalties.

A recent Constitutional Court ruling gives some hope that the requirements of birth certificates and study permits for children to enrol in school will eventually be relaxed. However, litigation is still ongoing and as with access to affordable health care, there’s often a discrepancy between what the law provides and the actual situation on the ground.

On 10 December 2018, the Grahamstown High Court gave an order dismissing an urgent application by the Centre for Child Law that 37 children should be admitted to a public school pending final determination of a case instituted by the Centre in 2017, in which the applicants, among others, requested an order that:

no learner may be excluded from a public school on the basis that he or she does not have an identity number, permit or passport.

The 37 children were among the many children whose guardians have not managed to secure the paperwork needed to be allowed to register in a school under the 1998 Admission Policy for Ordinary Public Schools.

On 15 February 2019, the Constitutional Court granted leave of appeal against the High Court order and overturned it, ordering that the children should be admitted and enrolled in school by 1 March. However, this order does not finally decide the issue of requirements for enrolling in school as the case instituted in 2017 is still pending before the High Court.

The right to health care is provided for in article 27 of the Constitution. The National Health Act 61 of 2003 provides for free health care at public facilities for children under six years old, unless a child is covered by private medical insurance.

According to the Uniform Patient Fee Schedule all non-South African citizens – except those with permanent or temporary residence and citizens of the member states of the Southern African Development Community who “enter the (the republic) illegally” – are classified as full-paying patients. Children without the required permits who are over six years old, who lack medical insurance and are not from a Southern African Development Community member state, therefore, lack access to subsidised health care.

The Global Compact for Safe, Orderly and Regular Migration was adopted in December 2018 with South Africa’s support. Among other things, the global compact calls on states to adopt child-sensitive migration policies. It also promotes international legal obligations in relation to the rights of the child and upholds the principle of the best interests of the child at all times.

The principle of the best interest of the child was first set out in an international treaty 30 years ago in the United Nations Convention on the Rights of the Child. It was reiterated in the African Charter on the Rights and Welfare of the Child. South Africa is party to both these treaties. In addition, the South African Constitution provides that:

a child’s best interests are of paramount importance in every matter concerning the child.

A child is defined as anyone below the age of 18.

The right-holder in the bill of rights in the Constitution is with few exceptions “everyone”. Clearly, this includes not only South African citizens but everyone who is in the country. Most rights are not absolute and may be limited under section 36

in terms of law of general application to the extent that the limitation is reasonable and justifiable in an open and democratic society based on human dignity, equality and freedom.

The Immigration Act is a “law of general application”. However, the child’s best interest is “of paramount importance”.

In my view, the rights of children to basic education and affordable health care in South Africa can’t be limited and “everyone” must be read to include every child, irrespective of their immigration status. When it comes to access to health care the situation is even clearer as there are no limitations set out in the country’s laws. The Uniform Patient Fee Schedule should, therefore, be revised to provide for subsidised health care for all children whose guardians cannot afford medical insurance.

This article is republished from The Conversation under a Creative Commons license. Read the original article.